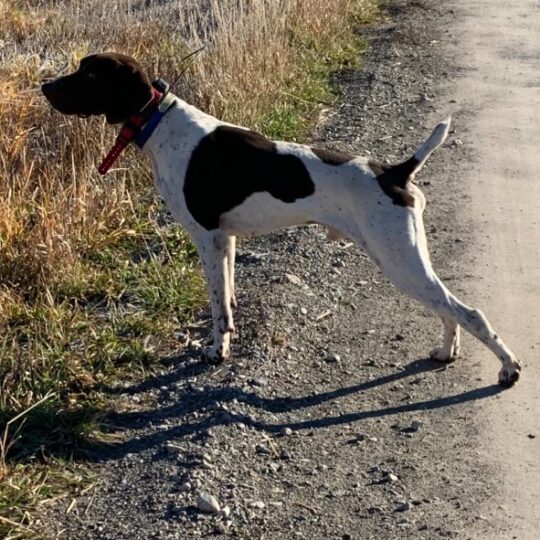 From his owner, Blaine Hansen:

Chester’s sire is VC Garbonita Adonis vom  Crystal, AKA Tell, out of VC Garbonita TopGun Hustler Tango. Tango is on the bottom side also, she was an outstanding girl, producing several  UT PZ1s and VC’s.  Tango is by Jaegerhofs Sir Henry Higgins and Indian Brooks Emmy, MH. Higgins was very influential sire in the GSP world. (From Cheryl: Emmy was a littermate to the Outlander foundation female, Mazzy). Chester gets his high desire and sweet disposition from his mama, UT1 Jade.  Chester’s trainability is a result of all of the great breeding that was passed down from his ancestors. Chester’s desire to please makes him a perfect student along with his natural ability.  When his job is done, the off switch comes on and he is perfect gentlemen in the house.

Anyone who sees Chester, has nothing but compliments as he is a handsome man. Then he does his job and more compliments come his way.  He is experienced as a guide dog, finding and retrieving more than 100 pheasants each the last three years.  When hunting wild birds, he does his job again, by self-adjusting his range, depending on cover and terrain. Send him for a down duck or bird in heavy cover, he will search until it’s his prize and deliver it to hand. There is no quit in Chester.

Chester is a first:

§  First to attack a pigeon at 8 weeks old and seek it out when it was removed.

§  First to swim when introduced to water doing duck searches at 3 months.

§  Pointing and holding on his first introduction to scented birds. 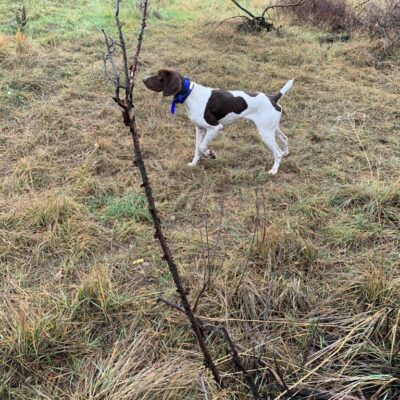 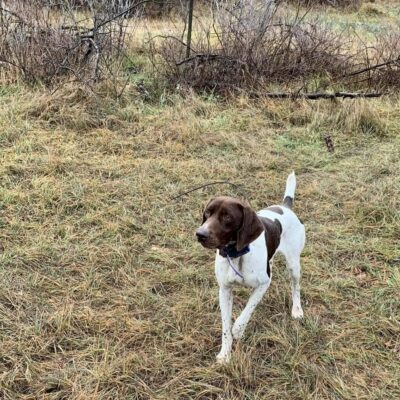 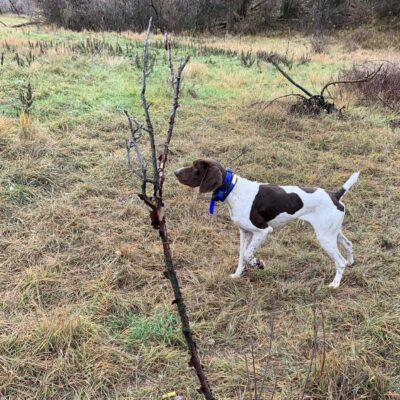