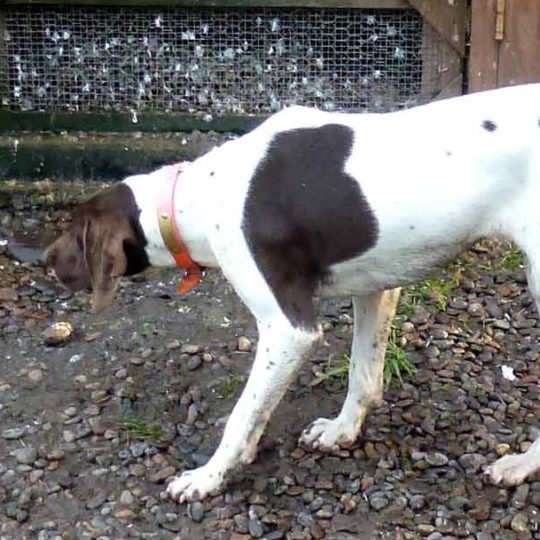 Morgan is a daughter to one of our G litter pups: Outlanders Gracie of Chippewa, UT PZ I

According to her owner and breeder, Howard Meyer of Chippewa GSP, she is the best dog he has bred, Her progeny consistently pass the NAVHDA Natural Ability test, and she already has one pup who has passed the Utility test.

When I first saw her, she was running in a Utility test. I had sold Howard her mother, Gracie, several years earlier. I was judging Morgan and fell in love with her. Though her coloring is very different than her mother, Mazzy, I had NEVER seen a Mazzy progeny so much LIKE Mazzy. She even did the cat crawl. I told Howard then and there that I had to have one of her pups. When our Kodi tragically died, we were open to another male and that is how we got our Blue.