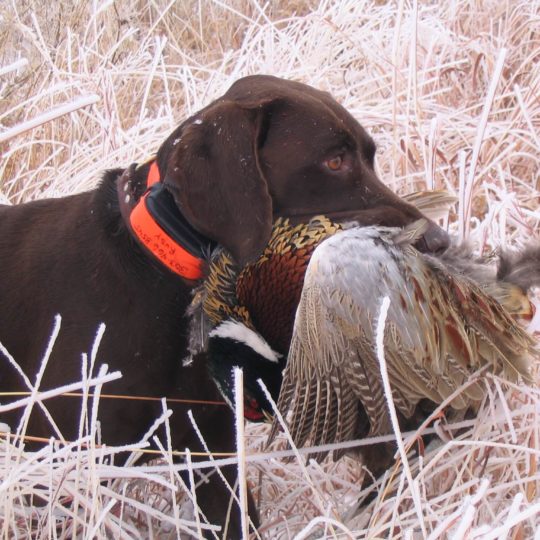 Ruby looked just like her mother Mazzy. I remember hunting with Ruby in Nebraska once. I was on top of a hill walking along the edge of a cut wheat field. Bryan was in the valley below with his male dog, Giz. Ruby and Mazzy were obviously working a rooster, as they were tracking and pointed like a team. Suddenly Ruby slammed a point, Mazzy ran out wide in the wheat field and came back toward us, slamming a point of her own. The mother daughter team had 3 roosters pinned between them. When they came up, I shot one, Bryan shot two…Giz had to do an incredible track. That was one of those days that no one will ever forget.

We lost Ruby in the winter of 2014. As her owner, Bryan Lingo told me that he will never have another dog to take her place. She was that “one dog.” She broke his heart but once. RIP Ruby. 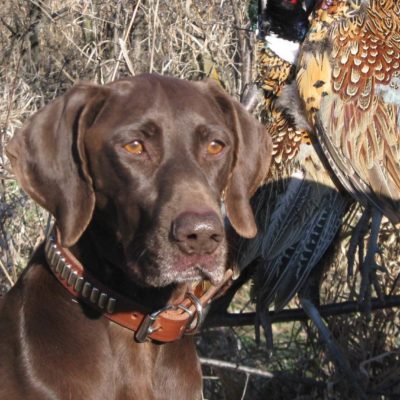 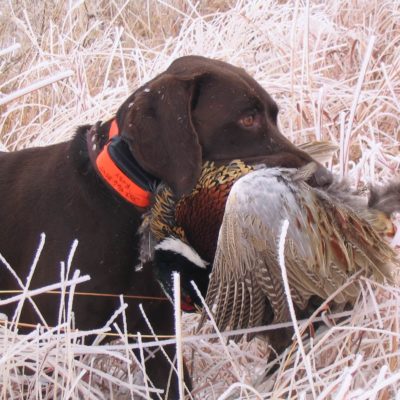