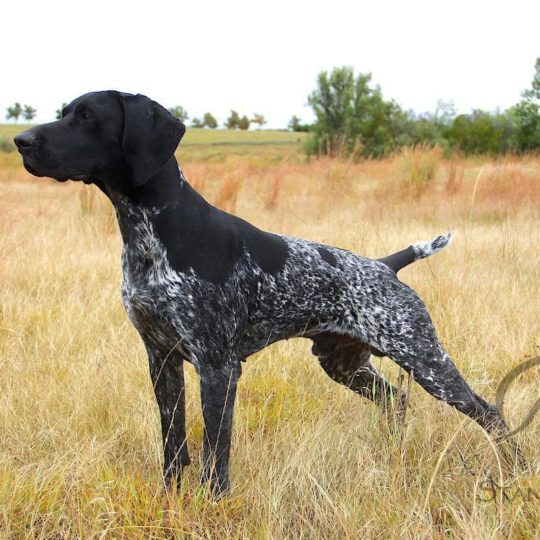 Light Switch”
We have had dogs in the past we thought we could describe this way, but after having Vex none of them compare.  He moves through the field with a fast and flashy pace but is a breeze to handle.  He has the independence to push out and make a cast where no other dog has covered ground, but also has the cooperation to pin down and hold a covey of quail until you get there to work them.  He checks back in while hunting and doesn’t run off on his own and get lost!  Then after the hunt he comes back in the house to settle down and lie on his dog bed or cuddle on the couch.

His “switch” doesn’t only refer to his on in the field off in the house disposition, it transfers right into his versatility as well.  He has class and ease of handle in the field that combines with power in the water and water-retrieving drive that could put your buddy’s lab to shame!  His ease of handling in the field carries over to the blind as he sits steady, patiently waiting with no obnoxious whimpering or indecent whining.  He has always marked dead birds well and has a great nose for tracking cripples!

Since he was an 8-week-old little pup he has been obsessed ducks.  He loved to chase them up and down the duck pen barking! This was very cute, but did worry us that he may have a little too much prey drive, and it may affect his field work down the road… but once he hit the field he pointed the first bird we ever put him on! He scent pointed it like a pro and held until it flushed.
Most people that have had bird dogs or hunted with bird dogs have experienced that one dog that just had a knack for finding wild birds.  Up until Vex, our go to dog had always been his sire, Nix.  But during Vex’s first full season as a mature dog we got the opportunity to hunt him with his daddy.  It was then that he truly started to shine showing his dad up quite often toward the end of the season. Watching him is a true pleasure!  Sometimes he would make a push that really seemed unlikely to produce birds and then his beeper would sound off signaling his success.  If we are hunting and guiding and need to find birds, we can always rely on this boy to come through!

As a full time training operation we work with a lot of great dogs in all breeds.  This gives us the perfect opportunity to see what a natural, willing to please, and easy to train dog is like and Vex is off the charts.  He picks up on any new training so fast it as if he is reading the book ahead of class so that he knows the answer the first day we start.  He is mentally tough and can handle new and different situations with ease.

We have absolutely loved living with, hunting behind and training Vex.  He loves tearing up the dessert for quail and searching the north grouse woods as well as hunting everything in between.  Then he comes in the house and finishes the evening curled into the tightest little ball at the foot of the bed sleeping there until you force him to get up in the morning. 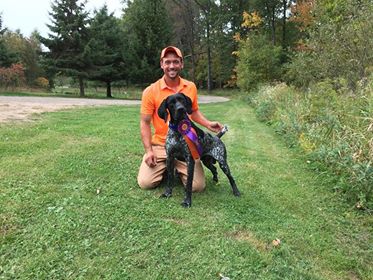 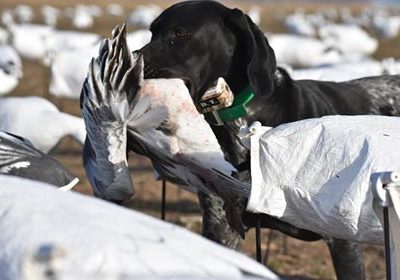 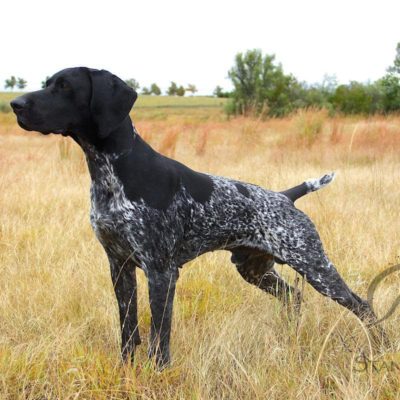 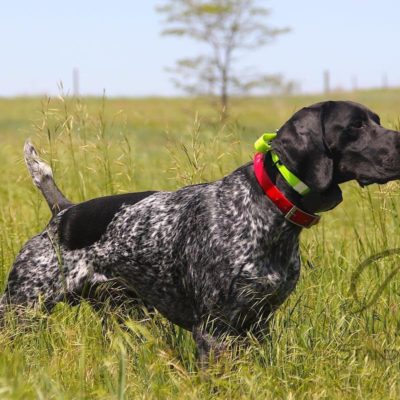