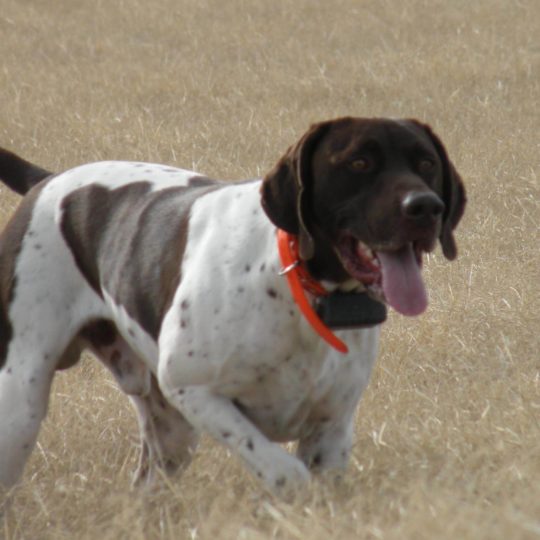 “Augie” will be the sire of our Outlander “O” litter. Augie is from a Navhda NA,UT and VC Breeder Award litter.Three of his littermates earned a NAVHDA UT PZ.1 and three have earned their VC Titles.

Augie is owned by Mike and Cherie Hendrix of Kingman, Arizona and bred by Anita Weiss, Garbonita German Shorthaired Pointers. He is a joy to be around at home and a tireless hunter in the field. He was extremely easy to train and moved effortlessly through all of his titles.

From Cherie: “Augie was the first dog I ever trained for any event. His training was an almost effortless endeavor. He has such drive in the field and love of water. And he is a dog that truly wants to please. Alan Burkhart said he loved working with Augie because he was a dog that wanted to work. He is also a dog that can go out with anyone to hunt, and not just his owners. If you have a gun, you have a bird dog that will work for you! At home, Augie is laid back and very easy going. You will find him kicked back on the bed or couch, or on my lap. Yes, a 67 pound lap dog! He’s been an all around great family member.”

His mother, Tango is a daughter of a Indian Brooks Emmy, MH, and a littermate to our foundation bitch, VC Indian Brooks Espresso, MH. Tango is also a litter mate to the sire of our M litter and one of our dogs, Outlanders Made of Honor (Matey), Countryside Show and Go Cooper, MH.

Augie  and the Outlander lines have many of the same great dogs and lines and are strongly bred on the great dog, Hillhaven’s Hustler. 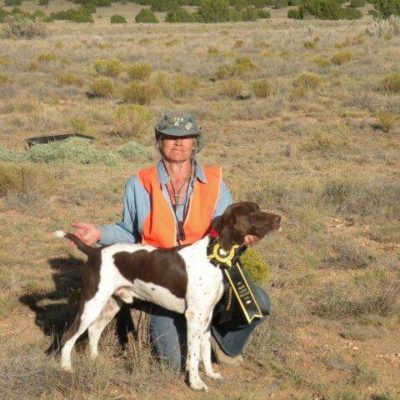 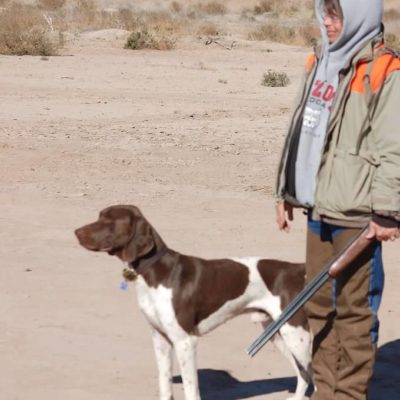 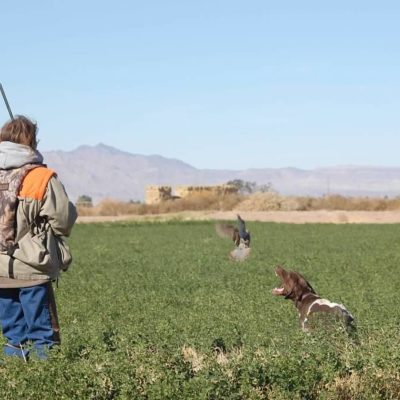 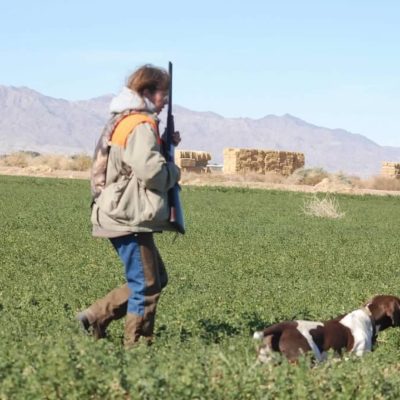 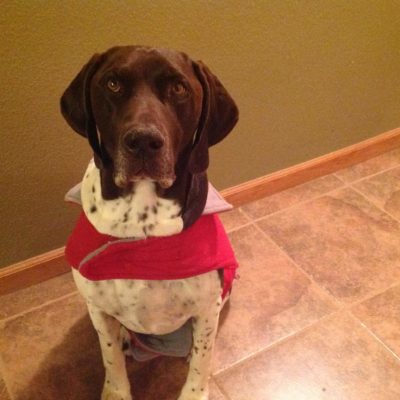 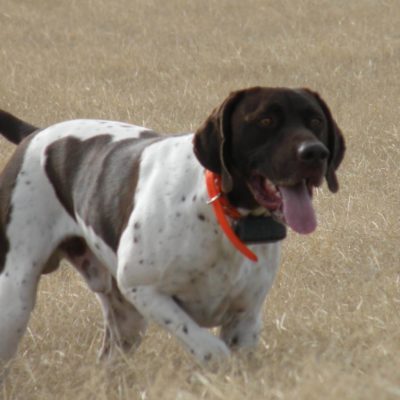 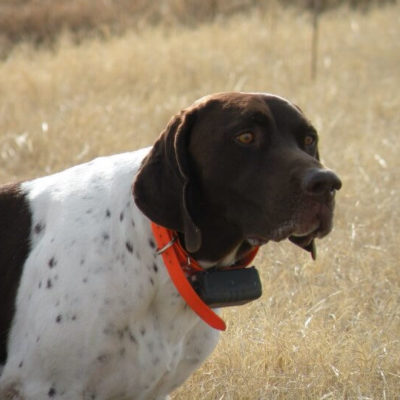 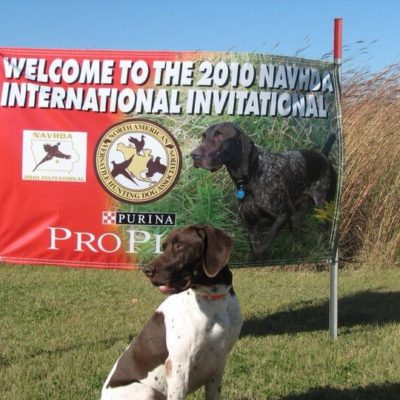 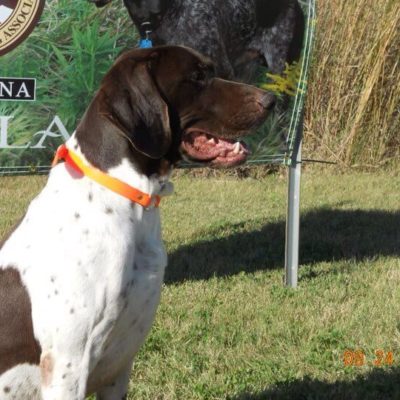 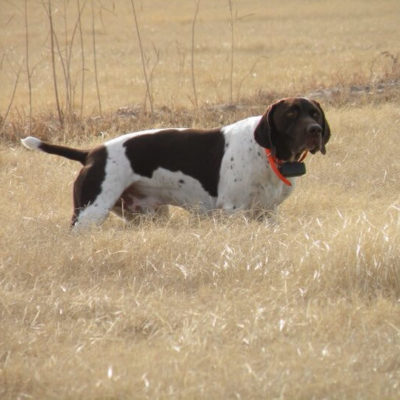 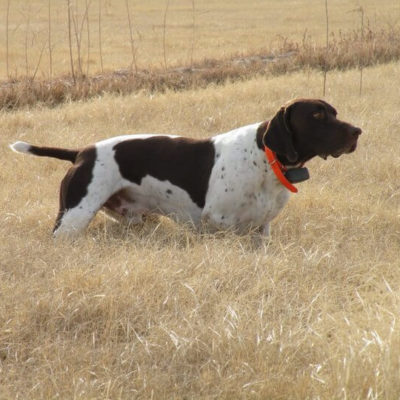 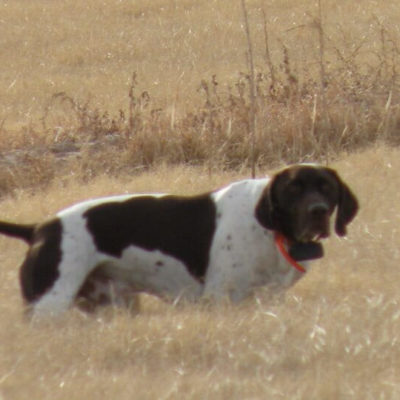 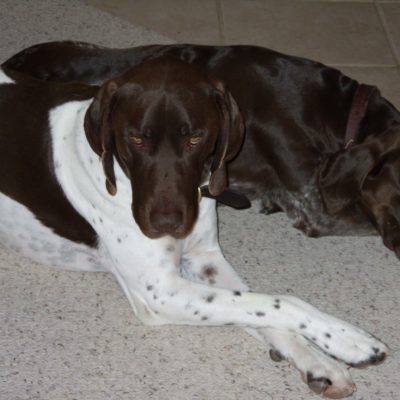 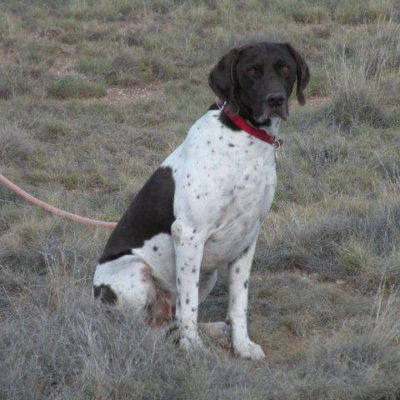 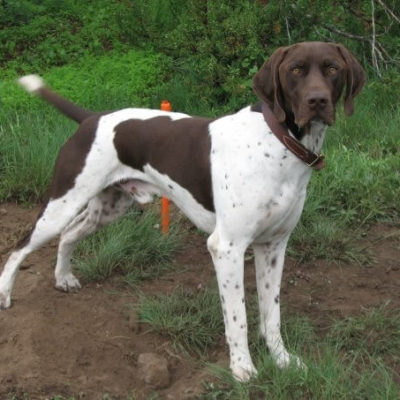