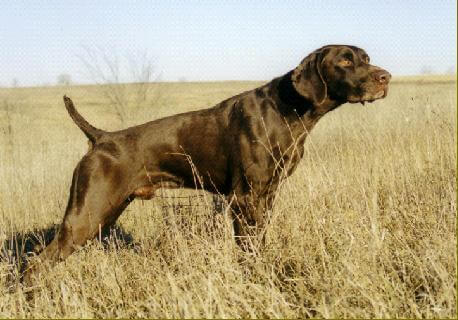 Jacob is the sire of our Mazzy.

From the man who knew him best, Fred Rice:

VC Jacob vd Westwind MH
Jacob was a son of Westwind’s Commander Riker and Hustlers Megan vd Westwind.  Riker was a son of Hustler and a double granddaughter of DC Esser’s Duke.  Megan was out of one of the great Hustler x Wendy vom Enzstrand breedings.  Jake was a blend of Hustler and Duke.  An incredible performer – more than a dog really – his intelligence and work ethic probably the most likely reasons for his exceptional performance on wild birds and as a companion.  Jake earned my highest respect early on and did nothing but impress me and win me over and over again until his final day on August 27, 2008.  He was strong and dignified until the end.  So many stories and examples of his great value as a wild bird dog and producer.  Jacob was hunted on wild quail, pheasant, ruffed grouse, sharptail grouse, Hungarian partridge, and prairie chickens in Missouri, Iowa, Kansas, Wisconsin, North Dakota, South Dakota, and Oklahoma.  He was in a league of his own on wild pheasant and especially on tracking down a running crippled bird.  It was my great pleasure and honor to have Jacob in my life for almost 15 years.  He deserves the respect he still has today as he was a producer of many great dogs. 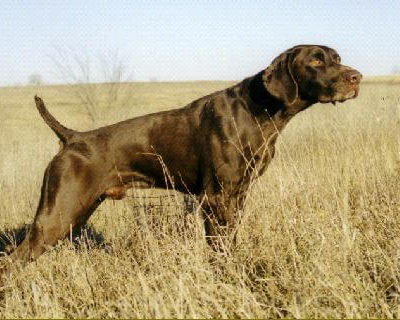 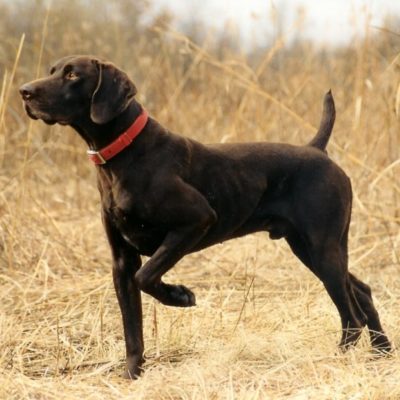 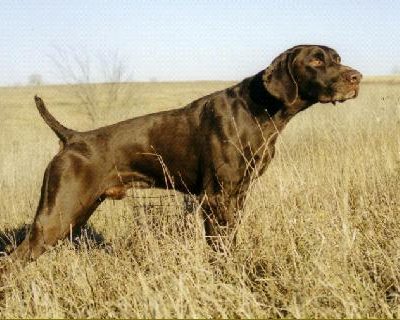 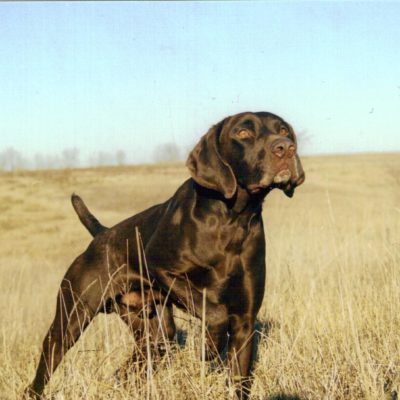 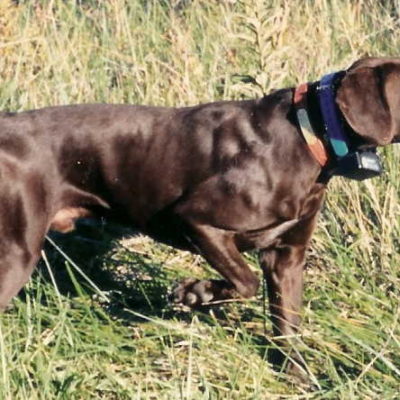 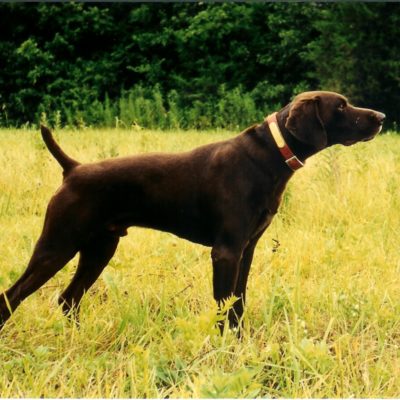