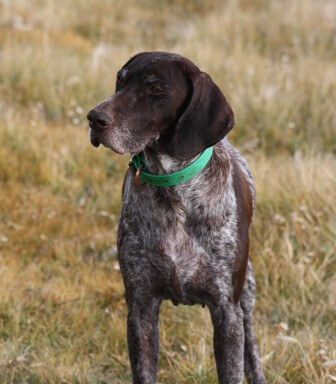 “Flicker” was a big, bold daughter of two NAVHDA Versatile Champions and Master Hunters. In 2007, she earned the coveted Versatile Champion title in NAVHDA. In 2008, she acquired her International Championship. Flicker iwas a tireless upland dog with great water drive as well. She was an extreme varmint dog and an amazing tracker. She could take out racoons the size of her without a scratch, yet is as sweet as they come with all people and all dogs.

She was completely owner trained, handled and loved by Cheryl Aguiar. My hope for Flicker was that she could follow in her mother Mazzy’s pawprints and be a great producer as well. She absolutely met and surpassed all of my expectations. Her first litter, the “H” litter, was the recipient of a NAVHDA NA award. Her second litter had only has one dog tested as most went to hunting homes and the owners did not test their puppies. The one tested, received a NA PZI and UT PZI.

Flicker’s first litter (K litter) with VC Intl. Ch. Sharp Shooters Let ‘er Rip (Rip) was nothing short of amazing. We kept a puppy, Kodi, and he was “honestly” another bird dog in the field by the time he was 5 months. He had a lot of exposure hunting Kansas, Colorado, and South Dakota for wild roosters. He was searching (50-100 yds.), pointing, retrieving and tracking wounded birds by the end of the season. I have heard the same type of reports from the rest of the litter whose owner’s took them hunting. Kodi earned his UT PZ I at 4 years of age. He was bound for the Invitational in 2015 when he tragically died. Two offspring from the K litter became NAVHDA Versatile Champions at 3 years of age. VC Outlanders Sir Knight Stryder (Stryder) and VC Outlanders Keep One Eye Open, MH (Kate). This litter earned Flicker her coveted NAVHDA Invitational Breeder’s Award.

This litter was so good, I repeated it for our L litter. The L litter puppies mainly went to hunting homes, but still earned a NAVHDA Natural Ability breeder’s award.

Flicker lived to the age of 15 years, 6 months, and 2 days. Every day until two weeks before her death she was active, happy and well. She went quickly and suffered VERY little…we could all hope to die so well. I will keep her in my heart forever. She would not allow it any other way. We will meet again my faithful friend. 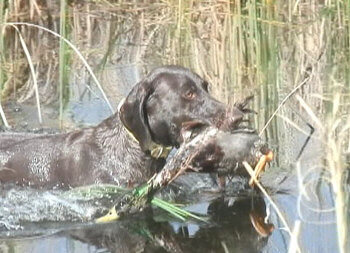 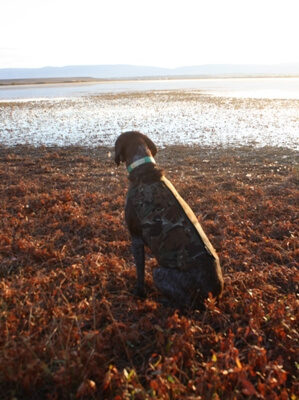 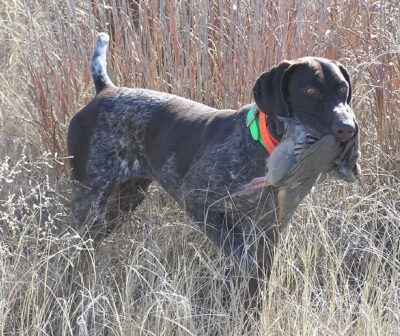 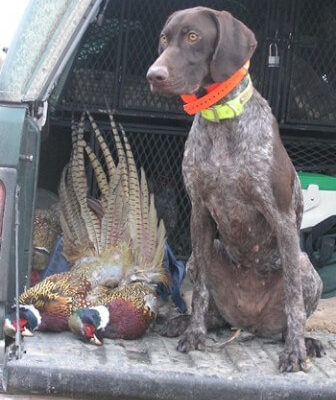 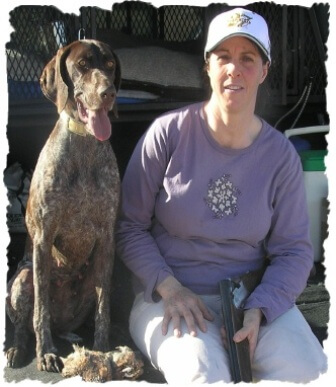 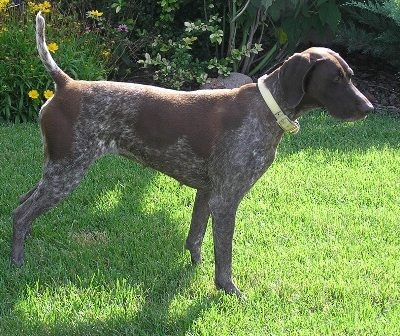 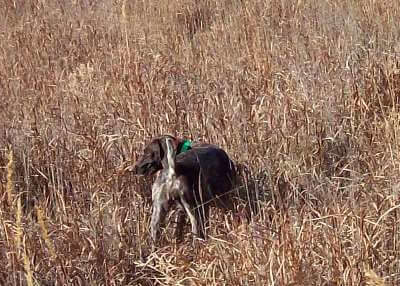 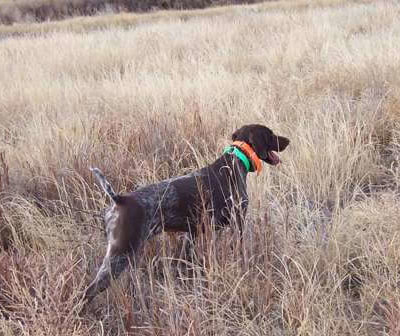 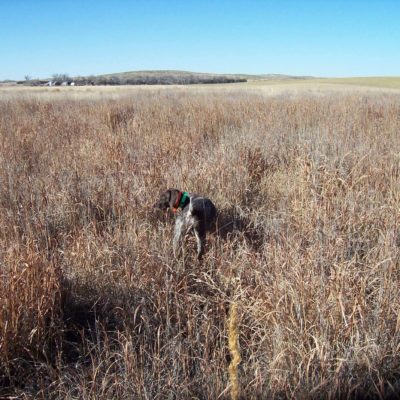 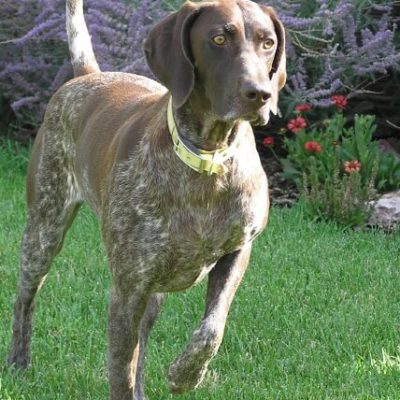 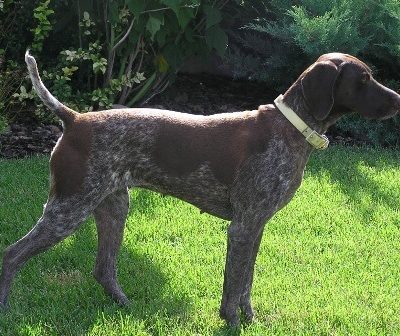 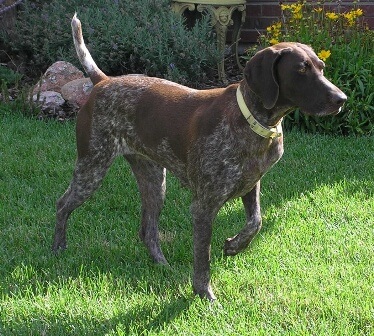 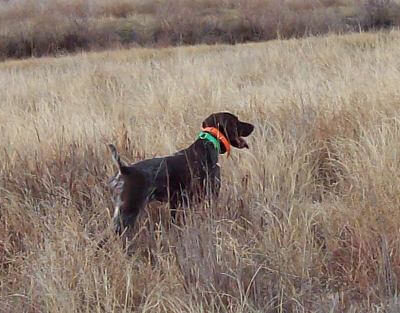 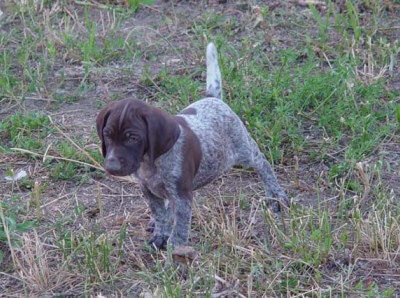