Stryder is another great dog from the K litter. From his owner: At 3 months… South Dakota for 5 days…Where we were the birds were spooky as it was still so warm out. We (Bob, Cheryl, Roger from 2011 last quail hunt of the year (6 months): He was one tired boy after that hunt, but he had a blast, and we went down to the lake for some water work. I thought that the cold water may slow him down, but we couldn’t hardly get him out, and he did several retrieves and wanted MORE! It was fun watching his enthusiasm. Then we hunted some more before heading back home, last weekend of quail season.

At three years old, Stryder earned his NAVHDA Versatile Championship. He was owner trained, handled and tested. We plan to breed Outlanders Made of Honor to Stryder in 2016 after she earns her Utility Prize. 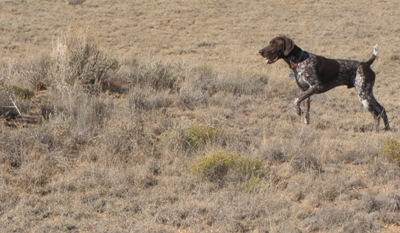 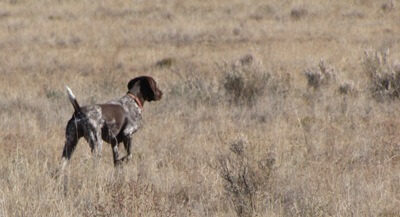 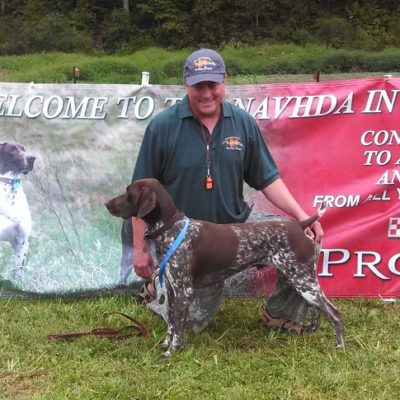 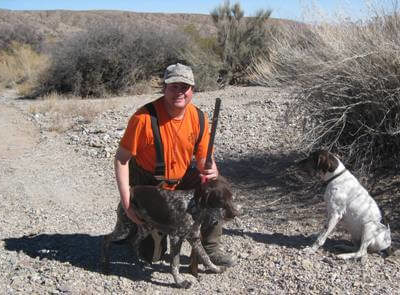 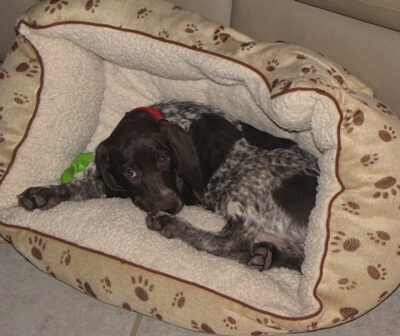 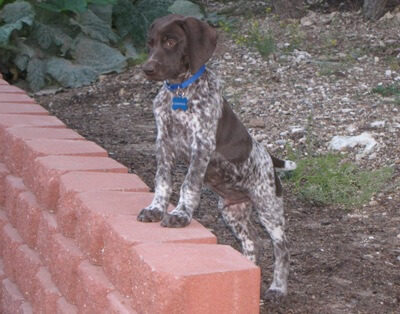